Find Your Ideal Home With My Help 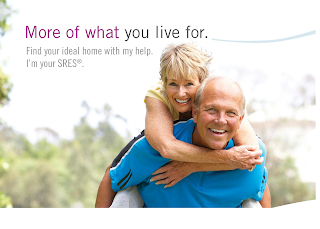 Every transition is an opportunity, regardless of your stage in life.
With the right preparation, a new home can provide the fresh start and continual enjoyment you’ve been working toward.

By partnering with a SRES® like me during your new home search, you’ll gain the help and expertise of a REALTOR®  specialized in meeting the needs of home buyers and sellers 50 plus.

I have both the education and real estate experience to serve as your trusted advisor through the unique financial and lifestyle transitions involved in relocating and selling your family home.

I’m pleased to be your SRES®.

www.TimBroHomes.US
Posted by TimBro Homes at 11:37 AM No comments: 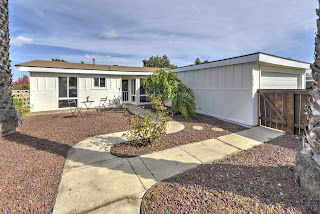 Tim Bro is the Best!

My husband and I found him through a recommendation from a good friend of ours. We felt so lucky to have him on our side. We have an infant, so we really appreciated how EASY Tim made the daunting process of selling a home! And quick - within 10 days of listing we received five offers and sold the house for $16k above asking price ($80k above what we bought it for less than 2 years prior)! We couldn't have been happier with his professionalism and experience. We highly recommend Tim whether you are buying, selling or just want to grab a drink and some good Mexican food! Thanks for everything!


www.TimBroHomes.US
Posted by TimBro Homes at 11:03 AM No comments:

Funding and Recording: The Closing Process 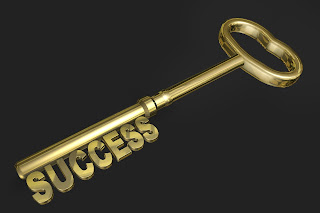 The home buying process is full of paperwork and checklists, with a flurry of activity near the end of it. Buyers everywhere celebrate ‘closing’ as the last step before they receive the keys and prepare to move into their new home. California defines ‘closing’ not the date when borrowers sign the loan documents, but as the date and time the deed is recorded.

At least three business days after the Closing Disclosure has been delivered, the loan documents are ready to be signed. But the ‘close of escrow’ does not actually occur until after the completion of three very separate steps:

·         Loan signing – The date when all the loan documents are signed and notarized.
·         Loan funding – When the lender releases funds to title/escrow.
·         Recording – This is the date – the true ‘closing of escrow’ – when the deed and any other associated recordable documents are recorded at the County Recorder’s office.

Only after escrow receives confirmation from the title company that these documents have been recorded, does the escrow officer issue net proceeds, after all charges and prorations, to the appropriate parties.

The moment the Grant Deed is time-stamped by the County Clerk is the moment that ownership of the property changes hands – and no real estate transaction is ‘closed’ until that deed has been recorded.

But the steps to getting there can be complex. Having a seasoned realtor like Tim Brodowski at your side can help make it manageable and seamless. Call Tim at 858-354-2354 for more information about buying or selling your home.  BRE #01224576

TimBroHomes.us
Posted by TimBro Homes at 10:54 AM No comments:

Transitioning into your residence, fixing up your new home or getting a property ready to sell can be a daunting task. Since 1996, Coldwell Banker Residential Brokerage Concierge® has provided a complimentary one-stop solution for finding a variety of quality home service professionals in Southern California and Arizona. As the most established in-house program, Coldwell Banker Concierge provides you instant access to an exclusive group of vetted service professionals.


Connecting You with the Most Qualified Professionals

Service providers are pre-screened to ensure they are insured, experienced, and licensed appropriately for the type of work they are offering. All vendors have also signed performance agreements and have been given quality assurance guidelines to ensure they maintain the highest standard of ethics and professionalism.

Rest assured that you are in good hands as Coldwell Banker Residential Brokerage relies heavily on customer references and online reviews. Many of the companies in the program have worked with Coldwell Banker® for years and come highly recommended by independent agents and past clients. 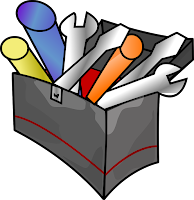 Posted by TimBro Homes at 10:51 AM No comments:

Dolores had decided it was time to downsize and move closer to her children. Once she had made the decision, she then called Tim to find out the best way to make this happen. After several meaningful conversations, Tim drafted a plan that met with all of Dolores’ wants and needs. The stage was set. The marketing strategy was set into motion. Tim assisted Dolores with interpreting and completing all the tedious disclosures. Within a very short timeframe, the offers began to come in. After some fun negotiations an offer was accepted and escrow was opened. 45 days later Dolores had her check and was on her way. He made it easy and profitable for Dolores, and he will do the same for you.  If you or a family member is thinking of selling, start with a call to Tim at
858-354-2354.  BRE #01224576

www.TimBroHomes.us
Posted by TimBro Homes at 12:15 PM No comments: